Your host for the night...

Joey Fatone first rose to fame as a member of the record-shattering, multi platinum boyband *NSYNC—but his career as a global pop icon is just the beginning. Over the past decade he has gone on to find success as an actor, host, Broadway star, voiceover artist, dancer, and media personality with a number of successful television shows under his belt.

Starting at age seven when Joey starred alongside Robert DeNiro in the feature film Once Upon a Time in America. Growing up he was always drawn to entertainment and at 17 he got a job at Universal Studios in the Beetlejuice Graveyard Revue. It was there that he met another theme park performer, Chris Kikrpatrick which led to his joining *NSYNC—before long they were the hottest act in the U.S., Europe and beyond. They quickly became one of the most iconic pop groups in history.

Following *NSYNC’s incredible success with albums that sold over 10 million copies and countless awards, Joey became a prominent performer and personality in his own right. With projects spanning from television, film and theater, he has done it all. He hosted the popular, long-running show “My Family Recipe Rocks!” on the Live Well Network, which highlights the stories of homegrown cooks and their homemade specialties from around the country. He also hosted the cooking competition show, “Rewrapped” on the Food Network.

No stranger to the screen, Joey has been recognized from competing in the hit reality TV show’s from ABC’s “Dancing With The Stars” to hosting NBC’s hit series “The Singing Bee” and “Celebrity Circus.” He earned his first producer credit for the cable television series TLC’s “The Singing Office,” which he also co-hosted alongside Melanie Brown. Joey’s character cousin Angelo hit the screen in March 2016 for the hotly-anticipated My Big Fat Greek Wedding 2 which instantly became a fan-favorite.

For 2019, Joey began hosting on Game Show Networks highly anticipated “Common Knowledge” and he came in 4th place on Fox's hit show Masked Singer as The Rabbit. Joey also is working on “Fat Ones,” a hot dog business which he launched in Orlando, FL and started a podcast with his longtime manager https://www.podcastone.com/two-cups-of-joe-with-joey-fatone-and-joe-mulvihill. In November of 2019 at Epcot's Food and Wine Festival Eat and Beat series Joey performed three days of successful shows called "Joey Fatone and friends". Fans packed the theater and were entertained by Joey along with Chris KirkPatrick, Ryan Cabrera, Nathan Morris of BOYZ II MEN, MC Search and more. Currently he has been doing a music trivia show on YouTube called What Does Joey Know? He brings fans and celebrities along with co-host Jason Logan and longtime manager Joe Mulvihill. As host of Common Knowledge it is currently syndicated on Fox stations across the country.

Most recently Joey Fatone sold-out Las Vegas residency The After Party featuring Joey Fatone, Wanya Morris, Nick Carter and AJ McLean, bringing together some of the biggest pop superstars for a perfect, intimate evening of pop culture classics and fun. 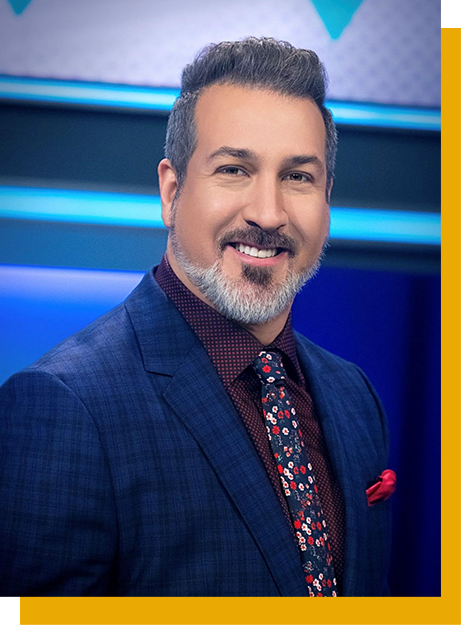